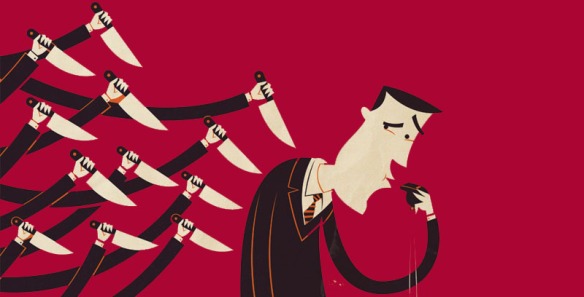 Whistleblowing, the act of exposing any kind of information which is deemed illegal or dishonest within a public or private organisation, seems more and more to become an effective remedy to fight the lack of transparency within institutions.

If the act of whistleblowing exists since several centuries, a first Whistleblower Protection Law being passed not later than 1778 by Congress, recent whistleblowers such as Julian Assange or Edward Snowden have caused worldwide indignation and have revealed practices impacting entire populations which the general public widely ignored.Indeed, the ongoing scandal revealing the extent of the “global surveillance” of foreign nationals and US citizens by the National Security Agency as well as the 2010 Wikileaks revelations on controversial secret operations during the US occupation of Iraq have deeply marked our minds.

While whistleblowing is mostly illegal, with protection being granted in only 2-3 % of all examined cases and with “offenders” often forced to flee their country in order to escape detention, social acceptability towards their authors has never been higher. Most recently, French Minister of Justice Christiane Taubira claimed that welcoming Snowden and Assange in France would constitute a “symbolic gesture” which “wouldn’t shock her at all”. A point of view shared by prominent french lawyer Jean-Pierre Mignard as well as by many actors of civil society who signed several petitions to this end over the last years. If France’s executive branch is still refusing to give in, clearly more and more people are convinced whistleblowers can have an important function in revealing sensitive information which concerns the general public.

Internet constitutes an effective tool for public and private institutions to control users by gathering information reaching out to their most intimate secrets. At the same time, it represents an important counterweight to the lack of transparency within institutions, making it possible for whistleblowers to effectively hack and publish confidential information which can have a direct impact on national and foreign citizens.

In this context, the Transatlantic Trade and Investment Partnership (TTIP), a free trade agreement between Europe and the US, whose negotiations are largely held private, has been a subject of preoccupation, indignation and worries to citizens since several years, regarding the content of the negotiations, which include discussions like opening european health insurance to private companies, harmonising food and environmental standards, loosening banking regulations and enacting Investor State Dispute settlement.

If whistleblowing can be criticised in regards to exposing confidential information gathered by secret services of States, which undoubtedly have to execute a certain number of operations in the greatest confidentiality in order to effectively assure the security of a country’s citizens, its use to reveal information regarding a transatlantic trade agreement, which concerns every European and US national, can only be encouraged since everyone has a right to know. The necessity of keeping negotiations private in order to come to a successful conclusion cannot take priority over citizen’s rights to stay informed and to decide on their own future.

Most recently, Yanis Varoufakis, the slightly eccentric former Greek Minister of Finance, has donated to the 110.000$ fund set up by Wikileaks to “reward” whoever leaks the documents of the EU-US trade deal. In doing so, he participates in the first public funding Wikileaks has ever put into place in order to recompense a potential whistleblower, joining notorious journalists Glenn Greenwald and Daniel Ellsberg, the latter being at the origin of the leak of the “Pentagon Papers” back in 1971, a top-secret Pentagon study of U.S. government decision-making in relation to the Vietnam War.

Julian Assange, the founder of Wikileaks, claimed: “The secrecy of the TTIP casts a shadow on the future of European democracy. Under this cover, special interests are running wild, much as we saw with the recent financial siege against the people of Greece.”

In reality, it is highly unlikely the agreement is gonna leak and be published, as it has only been revealed to a very restricted number of negotiators and parliamentarians and under very strict security regulations. However, it demonstrates that a progressively larger part of civil society proactively incites whistleblowers to make up for the lack of transparency within democratic institutions which a certain number of high political actors don’t seem ready to stand up for.

The question to raise about the accuracy of publishing confidential information is whether or not the general public has a right to know. I think, in regards to matters like the signing of one of the potentially most important trade agreements in history, it definitely has.

And if whistleblowing became one of the major tools in our digital world in order to enhance democracy and transparency in relation to subjects of general interest?

Published for Rude Baguette on August 17th 2015.
Click here for the original link and find out more about my views on digital law