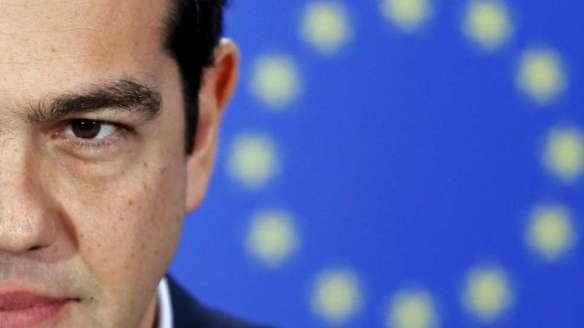 I have lately been struck by several comments of diverse political observers, from law professors to economists, who considered the holding of the Greek referendum, seeking whether Greek citizens accepted or not further austerity measures put forward by the European Institutions, to have been a political mistake. If such a view might seem justified at first glance, it is however in reality simplistic and therefore incorrect, discrediting inadequately the Greek government on this precise point. The aim of this very short and modest blog post is to rectify an incorrect affirmation in the context of the Greek referendum which was held on July 12th. Some readers might ask themselves about the accuracy or relevance of such a comment right now, but I consider it to be important, no matter how one might evaluate the overall work of the Greek government over the last nearly 8 months, not to fall into an oversimplified view of what has to be considered as a very difficult and complex situation.

Actually, as stated by Prime minister Alexis Tsipras himself, the Greek government, by holding the referendum, tried to reinforce its position in the discussions with its creditors. As a consequence, considering the referendum to have been a political mistake is simply a denial of democracy which cannot be counterargued by pretending the documents put forward by the government, in order to have its population decide on whether they agree on further austerity measures, have been incomplete or too complex to understand. In the ever-changing context of constant and intense negotiations in the Greek crisis it was very difficult to organise a referendum any better. A lot of questions were raised about the efficiency or even the legality of this public consultation which were in the end quickly condemned to disappear as the outcome was clear and unambiguous: the Greek population massively rejected destructive austerity measures which weren’t giving their economy any future perspective of investment and growth.

It is indeed very easy to consider the Greek referendum a mistake regarding the future development of the negotiations and the great intransigence of the creditors towards Greek propositions. As a matter of fact, it is possible today to state that the Greek referendum has been a political failure which only reinforced the desperation of Greek people by giving them temporarily the hope to finish with the so despising EU policies.

However, if it is impossible to deny that the Syriza-led government finally failed, it cannot be blamed for having tried until the very last moment to get back from Brussels with the best deal possible for the future of its country. In fact, the referendum was a tool among many to try to convince European authorities, and in the end all European citizens, of the disastrous socio-economic effects austerity measures generate if  not coupled to any democratic principle and simultaneously discussed with accurate compensations in order to counterbalance further budget restrictions and structural reforms.

The plan has not worked out in the end and the government of Alexis Tsipras finally has to endure and put into legislation a lot of austerity measures it has precisely been elected in January to fight against. As such, it is fully legitimate to criticise this shift in its political position, finally resigning to accept the so dispised new austerity measures to prevent the country from its definite bankruptcy and its forced withdrawal from the Euro Zone.

To point it out as a political mistake is however not correct. Accepting to call it a mistake corresponds to reproach to the government to have tried by all possible means to convince creditors of the need of a better compromise and to have fought a worthy battle with the aim to directly confront European institutions with national democracy. The referendum didn’t have the outcome Greek people and their government were hoping for, and as such it was a failure, but it is wrong to point it out as a mistake, because it is a part of the battle the greek government has fought over the last 8 months in order to try to make the European Union, and mostly the Eurozone, a more democratic institution allowing dissidence and controversial economic policy debate.

In this context, failure is simply the risk you take by deciding to engage in a battle, the mistake is not to fight it until the very last moment and with all possible peaceful means.

Find out more about my positions on the Greek crisis here. For an english version of the article you can use the google translate plugin.